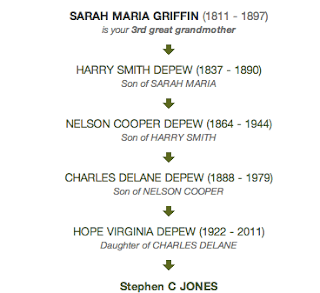 "Their wives also toiled and suffered with them"

The above is from the article about Nelson Abraham DePew and refers in general to the wives of ministers, and specifically to his wife and Steve's third gr-great mother, Sarah Maria Griffin. While she is not named in the article, there is an additional reference to her near the end of the article (and apparently near the end of her life).

"His aged wife, two years his senior, still survives, but in "feebleness extreme." Her record is a noble one. For forty-seven years, she has presided in a parsonage when a Methodist preacher's house was as a hotel to all Methodist travelers. In those early times, it was seldom that the board was not crowded with strangers as guests. She tells of providing dinner for seventeen in one day. Truly, "Many daughters have done virtuously but thou excellest them all."

I found her obituary today; no genealogical Happy Dance this time, but not because I was saddened at the news of her death. After all, she was 85 years old and, according to much of what I have read, had toiled hard and long hours as the wife of a Methodist preacher. I had hoped to learn who Sarah Maria's parents were. No such luck. I think there is an error in the article; I believe her daughter "Hods" should be "Haus."

The reader will be glad to know that comfort was soon to be had for the bereaved Reverend N. A. DePew . . .

Posted by Unknown at 9:03 PM No comments:

Today, Steve and I went hunting, and I bagged the bigger trophy. Steve brought home some quail, and I found an image of his third gr-grandfather. I did my genealogical Happy Dance . . . ecstatically. 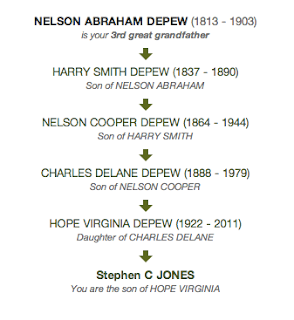 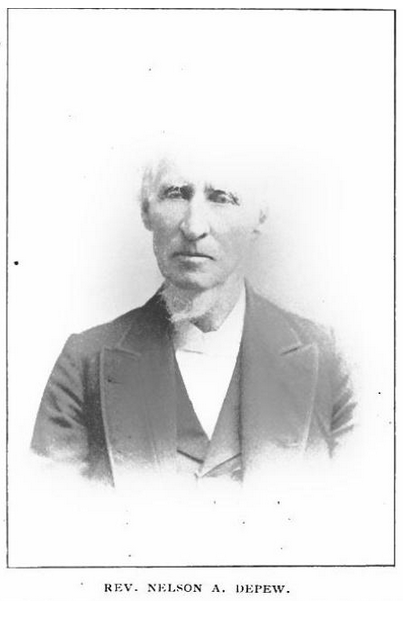 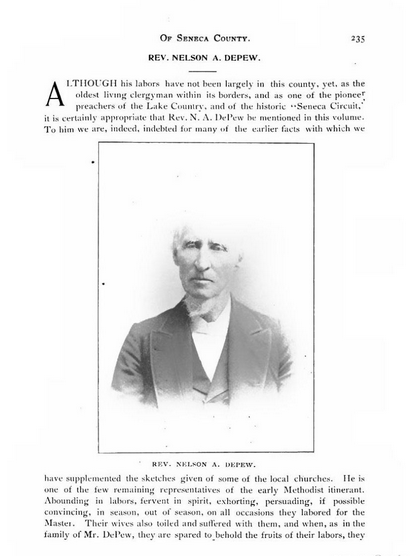 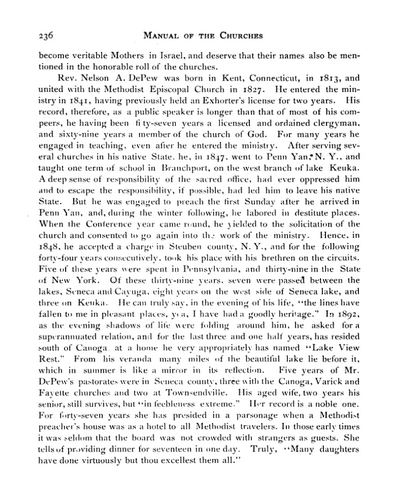 Summary of Nelson A. DePew's Ministry
History of the East Genesee Annual Conference: of the Methodist Episcopal Church By Ray Allen p 130


Tomorrow: "Their wives also toiled and suffered with them"

Posted by Unknown at 3:48 PM No comments: